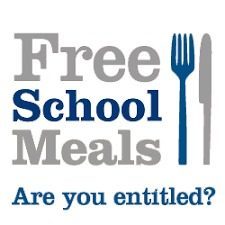 Apply Now Please click on the below link for information https://go.walsall.gov.uk/free_school_meals

The authority’s Conservative leader Mike Bird announced the plans at a Cabinet meeting last night, saying it would examine provision by the council, key partners, children and families, as well as the community and voluntary sector, including foodbanks.

It comes after the council refused to provide meals for youngsters outside term time, a decision which sparked a small protest outside Walsall Council House.

Mr Bird also caused controversy when he suggested poorer families could use their benefits to buy meals from M&S – a comment he insists was taken out of context.

Addressing the Cabinet, Mr Bird accused his opponents of using the issue as a “political football”, and insisted: “We will not allow our support for vulnerable people to become a political issue in the current extremely challenging Covid crisis.”

He said the authority “leads the way” with its resilient communities approach, and that the Cabinet “collectively believe that we provide the right level of support to vulnerable people”.

He added: “I am happy to open up our approach to examination to the public to ensure we are doing the right thing for the communities in Walsall.

“I am therefore announcing that I have requested officers to commission and carry out a short, sharp and timely appraisal of our support for people who are financially vulnerable.

“This appraisal will be given the full support of my administration to look at relevant areas and make recommendations on if or how we can improve.”

He said the review would be “independently led” and would produce findings which will be brought back to Cabinet for further discussion and the outcomes will be publicly shared.

Mr Bird added: I have said throughout the last few days we are in a difficult financial position, like many others, and this position has been hugely impacted by the single largest public crisis since the Second World War, but we must focus our resources on where they are needed most.

“I would hope that the independent appraisal will be able to produce its initial findings in four weeks so that any recommendations for further support measures that may be required can be considered promptly.”

On this website we use first or third-party tools that store small files (<i>cookie</i>) on your device. Cookies are normally used to allow the site to run properly (<i>technical cookies</i>), to generate navigation usage reports (<i>statistics cookies</i>) and to suitable advertise our services/products (<i>profiling cookies</i>). We can directly use technical cookies, but <u>you have the right to choose whether or not to enable statistical and profiling cookies</u>. <b>Enabling these cookies, you help us to offer you a better experience</b>.